The University of Arkansas constructed twenty five certified buildings since 2004, totaling 1,084,844 gross square footage that belongs to certified green buildings. This represents 11% of the total campus gross square footage. Additional buildings are scheduled for certification in the future. As depicted in the University of Arkansas Climate Action Plan 2018, buildings on campus contribute to the majority of the campus carbon footprint. Continuing to use third party green building codes to align campus buildings with industry standards will be essential to leading by example. 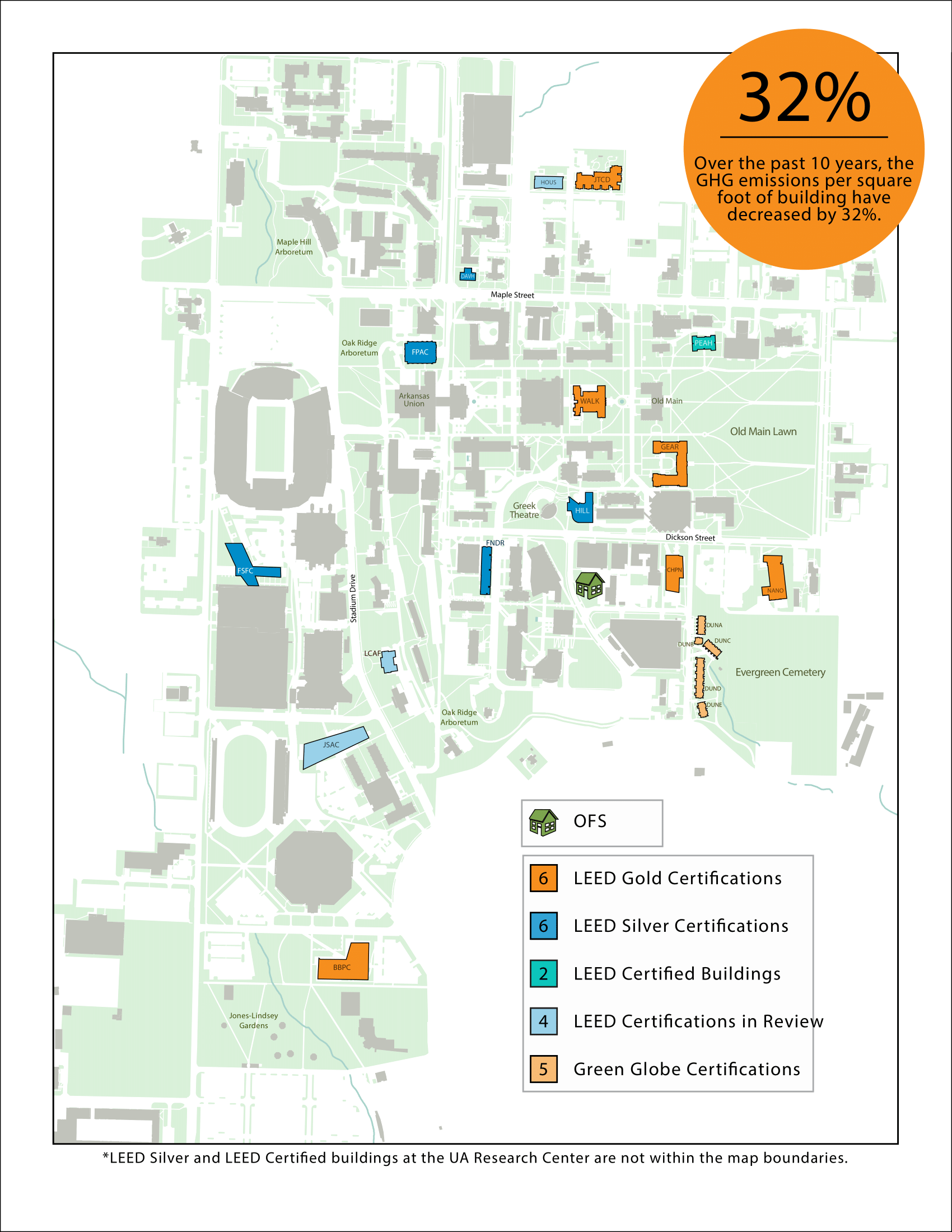 In addition to the above, The University of Arkansas has six buildings awaiting LEED certification. Click here for more information on our green certified buildings. 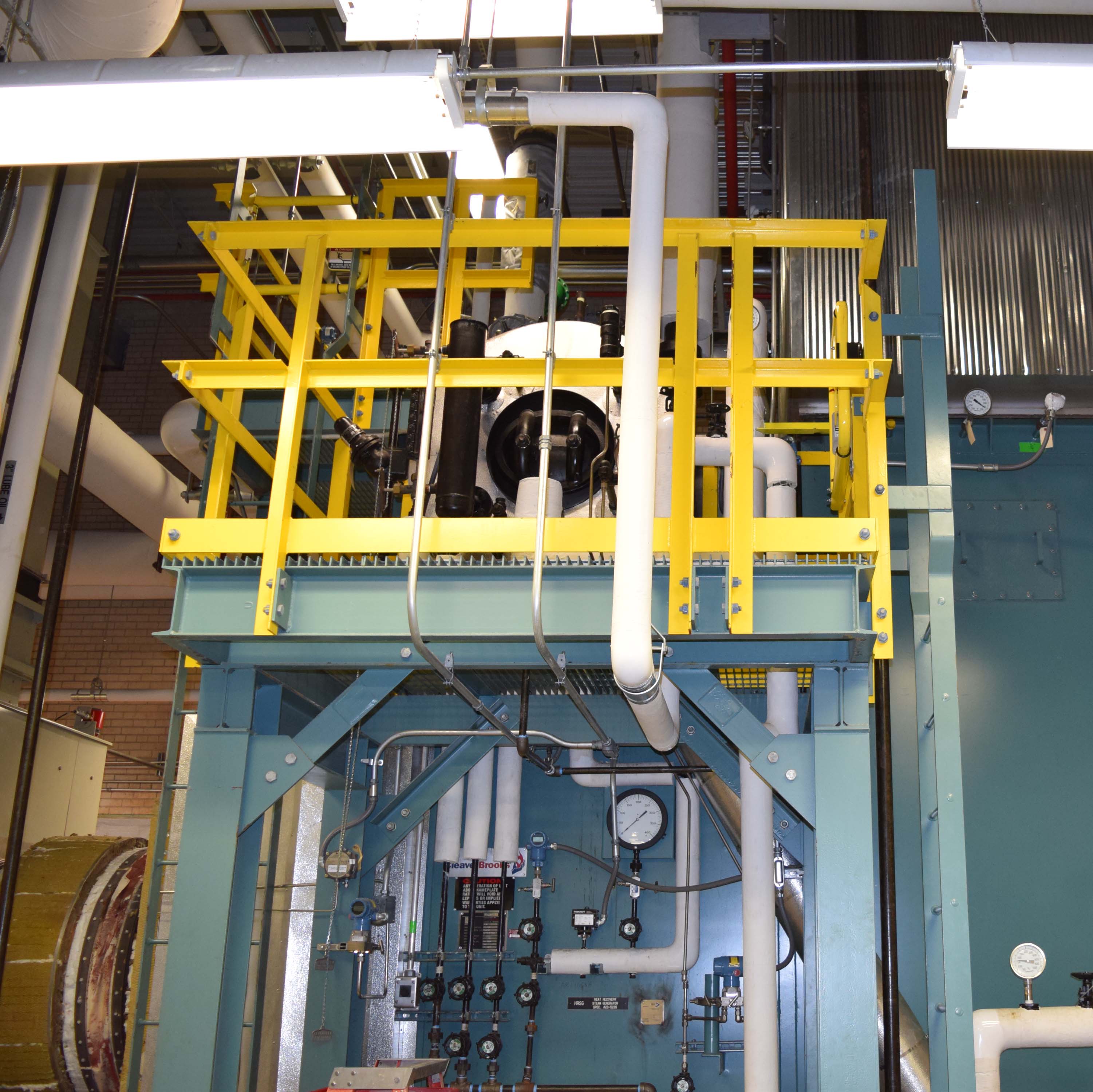 The mission of the University of Arkansas Green Revolving Fund (GRF) is to facilitate campus-wide engagement, inter-disciplinary collaboration and student-led initiatives that demonstrate economic benefit through environmental leadership. The GRF provides financing for implementing energy efficiency, sustainability, and other cost-savings projects. These savings are tracked and used to replenish the fund and help finance additional projects. One of the largest GRF projects to date is retrofitting buildings across campus with LED lighting, which saves money and energy. 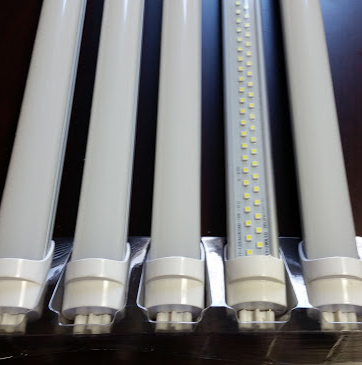 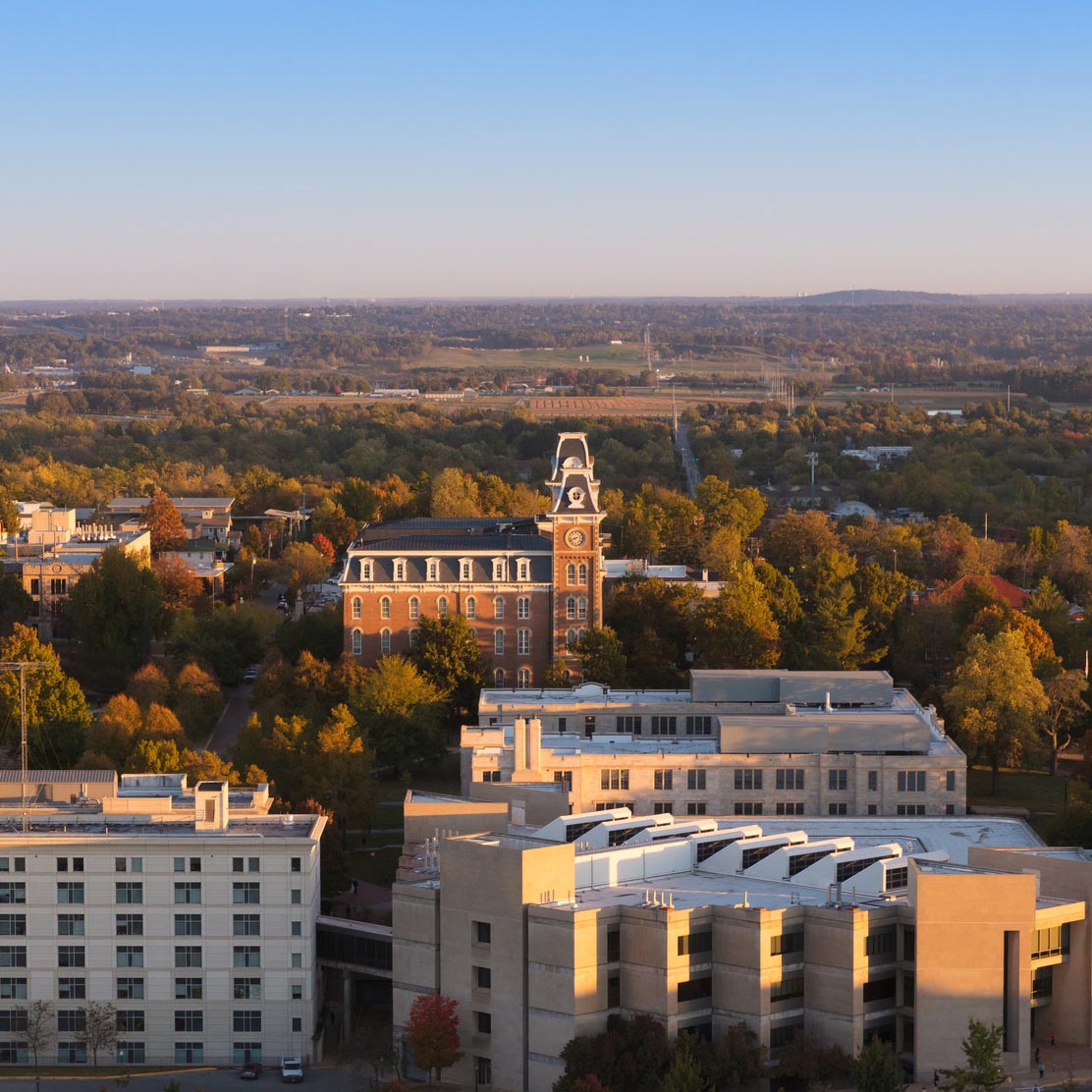 This document reflects the University of Arkansas’s commitment and goals, identifies projects to reduce carbon emissions, and establishes a clear path towards implementation. Short Term: Mitigate Metric Tons of Carbon Dioxide Equivalent (MTCDE) to 2005 levels by 2014. Through ESPC's the UA has achieved this short term goal. Medium Term: Return to 1990 emission levels (125,000 MTCDE) by 2021. This was achieved in 2017, four years early, chiefly thanks to the implementation of the Combined Heat and Power System which drastically reduced emissions from purchased electricity by providing local, efficient electric power and thermal energy to the University. Long Term: Become net carbon neutral by 2040. Despite emission reduction strategies undertaken by the University, the campus will inevitably continue to produce emissions. Long term solutions for reaching carbon neutrality by 2040 depend heavily on Carbon Sequestration. Read the full document here.

Fayetteville has exhibited leadership in our deliberate pursuit to reduce community-wide greenhouse gas emissions through numerous city- and community-led programs and projects. In the past, these activities have often been led by the City government, but today they are increasingly being implemented by utility companies, building design professionals, local non-profit groups, and community organizations. In an effort to encourage continued improvements in the Climate and Energy sector, the City has adopted a comprehensive Energy Action Plan. 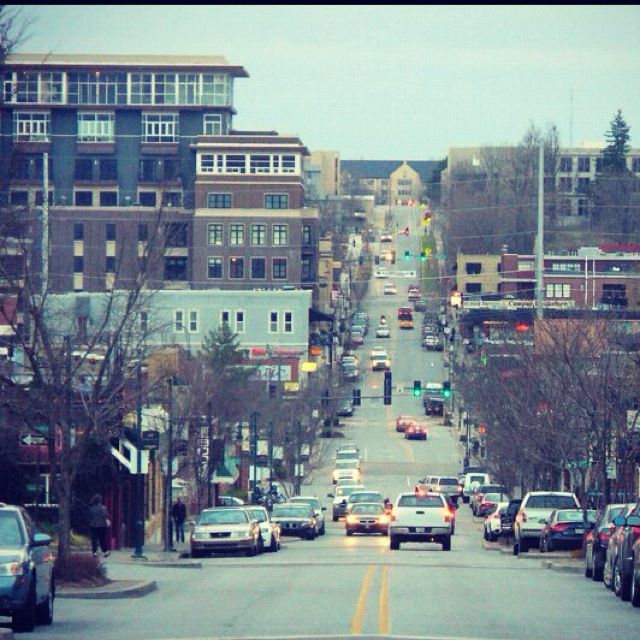 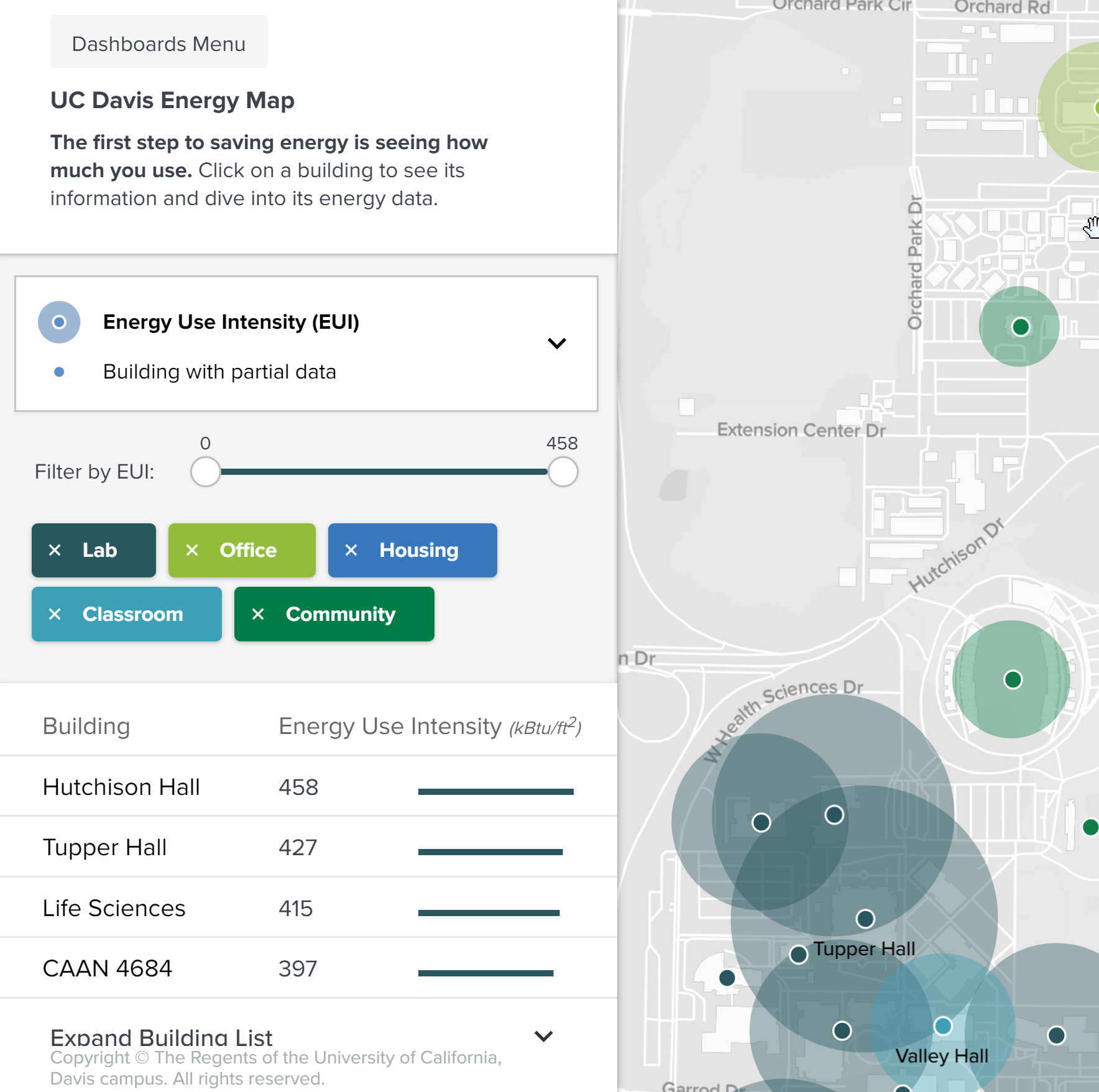 Fayetteville has exhibited leadership in our deliberate pursuit to reduce community-wide greenhouse gas emissions through numerous city- and community-led programs and projects. In the past, these activities have often been led by the City government, but today they are increasingly being implemented by utility companies, building design professionals, local non-profit groups, and community organizations. In an effort to encourage continued improvements in the Climate and Energy sector, the City has adopted a comprehensive Energy Action Plan.

In the Chemical Engineering department, researchers are finding ways to convert algae to butanol. Led by Dr. Jamie Hestekin, Assistant Professor of Chemical Engineering a multidisciplinary team at the University of Arkansas has been performing extensive research in the area of biofuel and bio-oil generation. So far, the team has developed a method of converting algae grown in waste water into butanol, a clean and efficient liquid fuel, as well as performed a LCA on the transformation of woody biomass into high quality bio-oils, increasing efficiency and lowering the environmental impact of the process. Generating biofuels from what are traditionally waste materials creates value in a system where there previously was none. This not only eliminates a source of waste, but creates a product that can be used, in this case, to power our automobiles in a carbon neutral way. The University of Arkansas is an ideal place for these research projects to take place, as their findings create value for the waste water from our state’s swine industry and woody-mass waste from Arkansas’ large lumber industry.

In a more futuristic turn, Dr. Shui-Quing “Fisher” Yu, Associate Professor of Electrical Engineering, leads a team of researchers in designing new ultra-efficient solar cells for Earth and beyond. In a multi-institutional project, University of Arkansas’ researchers has begun work on a promising new material to create more efficient solar cells and develop the next generation of photovoltaic devices used in space missions. The objective of the project is to develop photovoltaic devices made of silicon-germanium-tin, a powerful semiconductor that has been proven by University of Arkansas researchers to increase efficiency in electronic devices that source, detect and control light. These photovoltaic devices will be integrated into existing solar cells to achieve a more efficient energy yield. The new material should also lower the cost of manufacturing and make the devices more radiation tolerant. This project is one of many of the University of Arkansas’ investigation of the potential uses of silicon-germanium-tin.

In the Chemical Engineering department, Dr. Keith Roper, Professor of Chemical Engineering, leads a team of scientists and researchers from the University of Arkansas at Nano Bio Photonics that has identified a key issue preventing maximum efficiency in modern PEMFC fuel cells, which are being developed for application in transport as an alternative to liquid fossil fuels. The research team has undertaken a project to analyze a possible solution with the potential to increase the efficiency of fuel cell technology, making them a more viable as a source of power in transportation. They are performing their fuel cell research alongside projects in biofuel and solar photovoltaics.

Every year, the United States wastes more than half of its energy production. In the Electrical Engineering department, Dr. Juan Carlos Balda, Professor and Department Head of Electrical Engineering, heads the Smart Sustainable Electrical Energy Systems (SSEES) group. NCREPT at the University of Arkansas has recognized that power grids throughout the world are changing by moving from centralized power sources to distributed power sources with bidirectional power flows called “smart grids”. SSEES uses distributed generation with several enabling technologies, such as renewable energy sources, combined heat and power, and energy storage. It differs from traditional power sources on the regulatory side, with pricing structures like time-of-use billing to provide incentives for peak shaving and other demand-side management initiatives. SSEES regulations also encourage customers to use distributed generation and/or energy storage. These technologies decrease energy produced by traditional power plants by increasing energy obtained from renewable sources, reducing power losses in distribution and transmission systems, recovering waste heat from power generation or boiler systems, and increasing the efficiency of existing generation sources by improving their utilization. The SSEES group enables these technologies. Their work includes using energy storage more efficiently to integrate renewable generation in the power grid, and developing new power electronics topologies to connect distributed generation and energy storage to the grid with improved power densities and efficiencies.