Water covers 2/3 of the Earth’s surface. Most is saline and not drinkable. Less than .08% of Earths water is available for drinking and most of that water is used for agriculture. It is estimated by 2020 it is expected there will be 17% less water than what is needed to feed the world population. According to the EPA, the US has population has doubled over the last 50 years, but our water consumption has tripled. Over 80% of states are anticipating water shortages in the next five years.

Globally, there are many additional water issues beyond those of agricultural production in the United States. Nearly 1 in 5 people across the planet do not have access to improved drinking water sources. Inefficiency in irrigation systems cause water waste by evaporation. Pollution makes some surface water unfit to drink. Groundwater is not always easily replenished; if the system is drained too quickly, it may never refill or be filled by saltwater.

For more information on this subject, you can visit the EPA’s website or visit UnWater.org to discover more.

The University of Arkansas's goal is to become a carbon neutral, zero-waste campus by 2040, and our next step is to create similar goals regarding water usage. The Office for Sustainability's Water Action Plan aims to quantify and categorize water usage on the University of Arkansas campus, in order to create a water reduction plan. Despite a consistent use, the amount paid by the university has steadily increased over the years. To determine why, we have identified three major areas of water use: 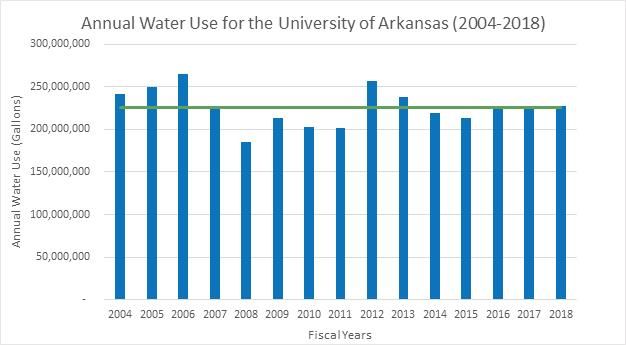 University housing accounts for 40% of the total campus water use, while another large portion of water use goes to irrigation. Though the system is more active during the spring and summer, water is still used during the winter as some sports compete during the cooler months.

When comparing water usage per person for the University of Arkansas to that of other universities, the U of A ranks well, but there is still room for improvement. Currently the main source of campus water conservation is through updated fixtures in the buildings. 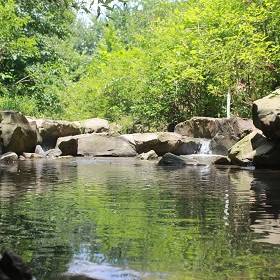 The University of Arkansas takes great pride in the temperate forests and streams residing within the Ozarks. A few of those forests and streams reside on the UA campus. Unfortunately, the urban streams in Fayetteville haven't always received the respect they deserve, but both the City and University are looking to change that. In 2011, the UA partnered with the Watershed Conservation Resource Center (WCRC) to restore Mullins Creek while reducing soil erosion and enhancing wildlife habitat. This project has been widely praised as a success and has inspired the UA to take a closer look at other urban streams that could be restored. More information on the project can be found here.

Many people don't realize it, but Fayetteville tap water is cleaner than most bottled water. In addition, tap water costs over 100x less than the average bottle of water. That's why the University of Arkansas has recently used the Tap app to map all of the bottle filling stations on campus. These bottle filling stations are located across campus allowing students, faculty, and staff to utilize reusable bottles instead of buying single use plastic bottles. These stations are located in high traffic areas making them convenient for passersby to use. 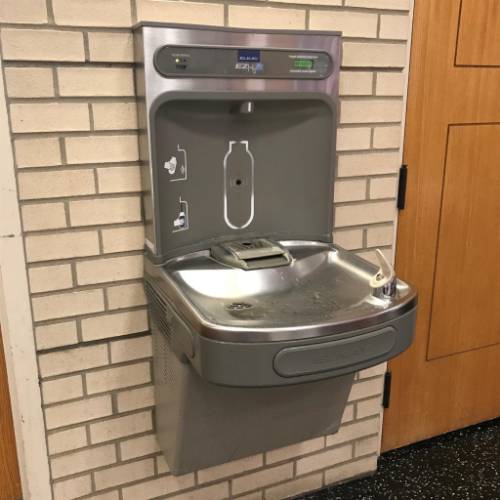 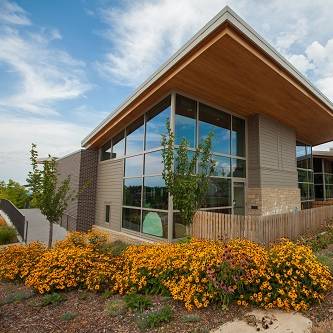 Underground water cisterns are used for sustainable irrigation in two locations on campus; the Jean Tyson Child Development Center and Gearhart hall. These cisterns collect water from precipitation events while reducing the amount of runoff from campus. The water is stored underground and redirected for irrigating the nearby landscape.

Drip irrigation is used in most plant and flower beds around campus. These areas have pipes or hoses buried under a layer of soil or mulch; the pipes release small amounts of water in targeted areas to cover the most area while using the least amount of water. This system uses less water compared to above ground systems reducing waste water from evaporation and focusing on a more targeted area. 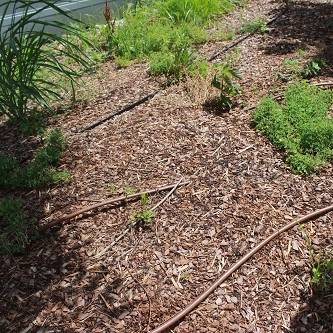 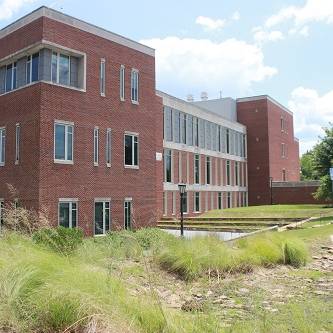 Rain gardens are earth-formed depressions that collect run off from precipitation events to irrigate the plants in the garden. Rain gardens require less management and human intervention to grow and thrive. As runoff infiltrates into the soil, it gets naturally filtered. These gardens are located in several places around campus such as the Nanoscale Material Science and Engineering Building and the Don Tyson Center for Agricultural Sciences.